Born in Kingston, Jamaica of Cuban and Jamaican parents, Cornell Coley, M. Ed. is an “in-demand” arts educator . He holds a BA from Tufts University, an M.Ed from Cambridge College, studied cultural anthropology at UCLA and lived in Ghana, West Africa for one year studying dance. He has also traveled to Cuba and Brazil to conduct research in the cultural arts.

With over 35 years experience, he has taught at many universities, including UCLA, the Cultural Training Institute of Jamaica, Smith, Hampshire, Amherst, Mt. Holyoke and Trinity Colleges, Northeastern University and Tufts Dance Department. In 1994, he wrote the first draft of the arts curriculum framework for the Massachusetts Department of Education.

A gifted dancer and percussionist, Cornell has performed at festivals world-wide, including tours with the "Uclatino" band in Mexico and the "Bodytjak" Indonesian-American ensemble in Indonesia . His percussion skills include drum kit, timbales, congas, bongos, talking drum, berimbau, cajón, Brazilian bateria and other Latin percussion. His dance specialties include Afro-Cuban, Afro-Brazilian, Congolese and Ghanaiandance.

He has received grants and awards from the Mass Cultural Council, the National Endowment for the Arts, New England Foundation for the Arts, the OAS, the City of Boston and several private foundations.

Among other events, he created and produced a "Women in Latin Jazz" Series, featuring jazz giant Esperanza Spalding.

In the decade of 2000-2010, he developed an 8-year residency and curriculum for Toddler Drumming at Spontaneous Celebrations Arts Center and conducted several multiple-year residencies in the Boston Public Schools. In 2019, he completed ten years as a therapeutic drumming specialist at Tewksbury Hospital.

Between 2012 and 2020, Cornell was the Afro-Latin drum specialist at the Hyde Square Task Force and an Artist-in-Residence with the City of Boston and with the Live Arts Boston Program of The Boston Foundation.

Cornell wrote, produced, and performs in his own solo, interactive show,“A Fascinating Rhythm,” reaching over 500 libraries, schools and festivals.

In October of 2015, Cornell presented a TEDx talk on Drumming and the Brain; link available on the this page. 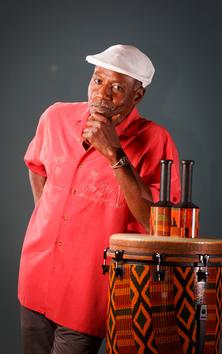 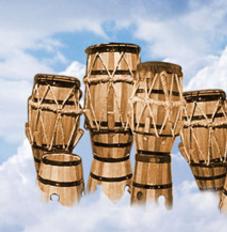 ...to my Teachers in African Diaspora drum and dance and drum circle facilitation, including:

Drumming and the Brain